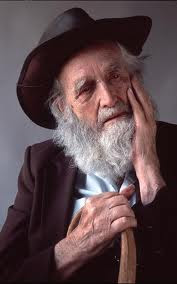 I am a old man, bearing the weight of my own burdons upon my shoulders. My coat is long and
filthy. As my hat is formed like a circle, hiding away my face, so you can only catch the shade of it.
- I can't belive stories about love, about war. Only the inner war and trechery is
stories I know. My friends left my trust, and my girl took my heart. I dont know where too start.
It's all a mess.

Utenfor:
A morning like another, I ate my eggs,and drank my coffe. It was seven am. And I was having my usual walk too the store.
The same store as I always go to. It is like no other store, he thinks.
Where the windows are so dark and filled with filth,that most people never enters it. But inside is a beautiful girl who works. She have long blonde hair, and smell apple and roses from her sente. Everyday she smiles at me, and my heartbeat stops for a second.Just waiting to be crushed:
4,50 please. She says.

I saw a sleepwalker outside the store that day, and I figured that I wanted to help him out. So I wanted to give him a penny. But I dropped it on the man's shoe. The penny rolled along the sideway, I followed it too it's new destenation.
Against new streets, where my old shoes had never stamped before. Where my ear had never
listend the sound of that street. The way the coin had turned made me curius on why I hadent followed my voice a long time ago. Was it meant too roll this street today?

Couldent I just leave this street? It was soo different then the old and commen one. The people where
behaving in another way, one actally said hi as he passed me. It was a young man, probably 20 years or so.
He asks me if I want to come to his concert. I stumbled, and I looked away. Only a half second, so I wouldent loose his attention. I said, "mabye, boy".
- What sort of music are you into?
- He says, have you heard about Depui?, sir. "It's about opening your life too new ways" Without drugs he says and laughs.
It's all about healing the world, and trying too help others.
And by the look of you, hiding your face from the world. You might need some:)
Lagt inn av Depui kl. 17:09